Are you the victim of a trucking accident?

The question of responsibility and what actually caused the accident are more complicated than most simple traffic accidents. There are many players involved, from the driver to the owner of the truck, and getting information about what went wrong often requires some industry know-how. Understanding the common reasons for trucking accidents, and the relationships among the persons and entities connected to the truck, the trailer, and the load, will help you determine whether you have a valid claim and how you will present your case.

Statistics involving trucking accidents over the past 20 years indicate the number of truck accidents has increased by 20%. According to the Federal Motor carrier Safety Administration (FMCSA), in 2002, 4,897 individuals died and 130,000 people were injured in crashes that involved a large truck. And even though large trucks are only responsible for 3% of injury-causing motor vehicle accidents, trucking accidents typically cause much greater harm than ordinary traffic accidents due to the large size and heavy weight of most trucks.

Laws Governing Truck Accidents include Federal laws and regulations that govern the trucking industry. These laws establish certain standards that trucking companies, owners, and drivers must meet, and often determine who is responsible for a trucking accident. The bulk of federal regulations dealing with the trucking industry can be found in Title 49 of the Code of Federal Regulations. (To find and read federal regulations, see Nolo’s Legal Research area.) Agencies that regulate truck driving include the U.S. Department of Transportation (DOT) and the Federal Motor Carrier Safety Administration (FMCSA). Every state also has a department of transportation with its own set of trucking regulations. 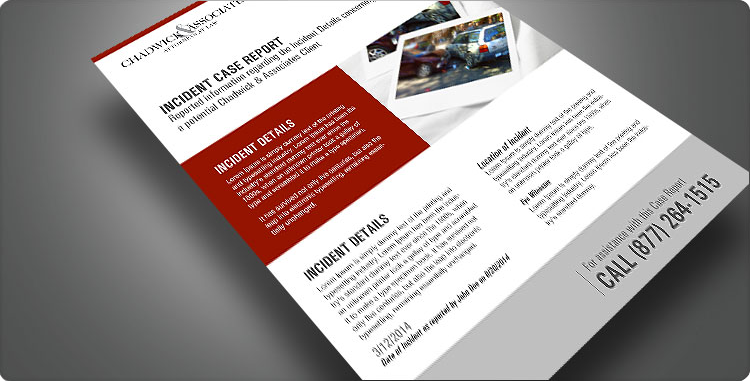 Upload photos from your computer and fill out a case report.

Upload photos from your phone or tablet that you took at the scene.

Fill out a case report with or without photos and get a response quick.

Who Is Responsible in a Truck Accident?

When it comes to truck accidents, there is a web of players who may be responsible for a victim’s injuries, including: the truck’s driver the owner of the truck or trailer the person or company that leased the truck or trailer from the owner the manufacturer of the vehicle, tires, or other parts that may have contributed to the cause or severity of the accident, and the shipper or loader of the truck’s cargo (in cases involving improper loading). The trucking, hauling, and leasing companies often argue among themselves over whose insurance will compensate the victim.

For example, the truck company might claim that the accident was caused by defective brakes. In turn, the brake company might then point the finger at the leasing company, claiming that it failed to maintain the brakes in good working order. Can Trucking Companies Avoid Liability? In the past, trucking companies often tried to avoid liability for trucking accidents by creating distance between themselves and the driver, the vehicle, and the equipment. Here’s how they did this: The trucking company obtains the necessary permits to operate the truck.